Our Perfect Sunset Proposal Story that I nearly scuppered 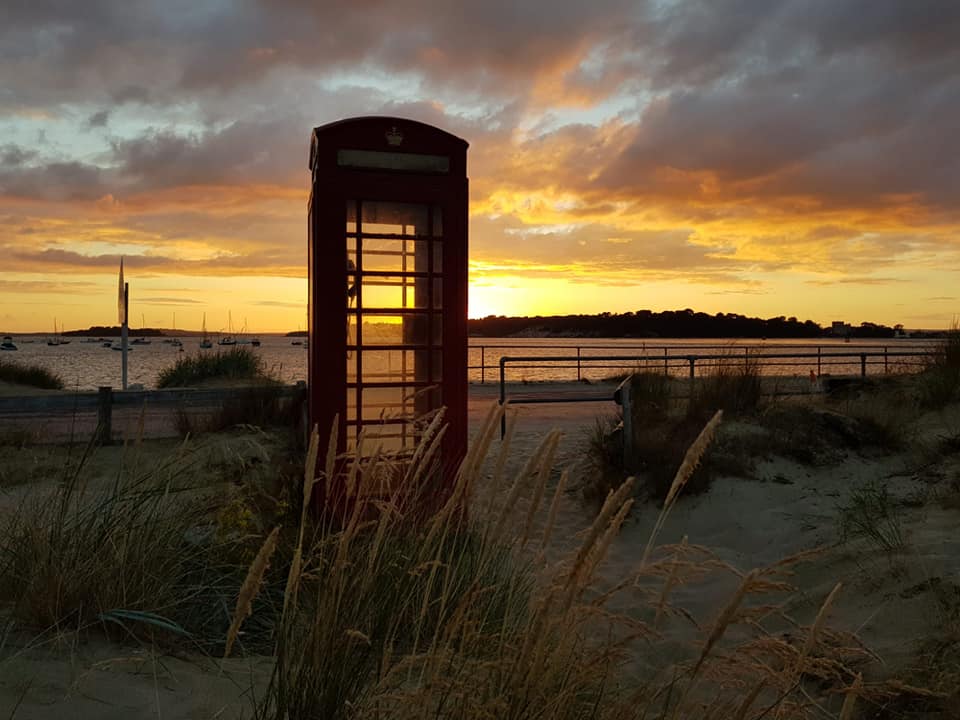 Two years ago TODAY, Brad got down on one knee and asked me to marry him in our perfect sunset proposal! Honestly, it was pure magic! But I nearly ruined it. Here’s the story…

Since I was a baby I’ve been holidaying in Swanage, Dorset with my family every year. In fact, my nieces, nephews, and cousin’s children are the fifth generation in our family to holiday there regularly! The Isle of Purbeck is honestly my favourite place on earth. Not that I’ve been everywhere, but I have been to some cool places and the magic this place holds is everything to me. If you’ve ever been to Dorset, you’ll know that It feels like another world. That’s why they call it the Isle of Purbeck, even though it’s not an island!

I love going around the little shops in Swanage. Brad can’t really understand it, they’re always the same and, well, shopping isn’t his thing. But on that day he humoured me (probably because he knew he’d have to at some point that week). There were a few things I wanted, and for once I actually found everything I was looking for!

After this, we decided to head to Blue Pool. It’s a natural pool nestled in the middle of gorgeous woodland, that, thanks to some naturally occurring phenomenon, is incredibly blue. We dawdled around, stopping to sit on every bench. And exploring all the little trails through the woodland, it was so quiet! We saw lots of wildlife: butterflies, a deer, and some very overly friendly ducks!

The moment Brad decided this was the day

We spent an hour or two walking the trails. Just as we’d nearly finished we stopped to take a selfie on a viewpoint high up above the pool. And I declared, “I am having the most perfect day”. Brad told me later it was then he decided this would be the day.

In a moment of very sensible wisdom, Brad had previously decided to create a loose proposal plan. Saving himself from a grand and elaborate plan with lots of parts that could go wrong. He knew that whenever we visited Swanage we always had an evening barbecue at the little Studland beach. So he decided that whichever day it was, that would be the day he’d propose.

Upon me declaring it to be the most perfect day Brad decided to seize the moment. He suggested we had a barbecue on the beach that night. I wasn’t too keen as I was tired from all that walking! He was persistent, however, and I remember him picking up the disposable barbecue in Co-op and asking what I wanted on it, not giving me the option to back out.

Our perfect Barbecue on Studland beach

We headed out to the small Studland beach. I love it there. The water is often completely calm and it is so shallow. My sister and I used to spend hours playing in the water there.  The best part is the National Trust have a BBQ spot on that beach, with rocks to put your BBQ on and bins to dispose of them at the end.

There’s a little cafe which is my mum’s favourite. And they have deck chairs, buckets, and spades you can borrow. Usually, the deck chairs are locked away at night, but amazingly that evening there were a few that had been missed and left out – perfect! Brad and I set ourselves up, with our picnic blankets, deck chairs, my book, and the barbecue. I don’t remember all the details but just thinking about it I can take myself to that beach. The waves gently lapping, gorgeous views of the low sun lighting up Old Harry Rocks. And as the sun disappears behind the trees you need a jumper but I always try to resist for no real reason other than I’m sat on a beach.

Brad cooked the sausages on the barbecue, and we had our hot dogs. With our picnic plates that Brad bought when we were in Ireland (it was a 3-hour round trip walking to get those plates!)

Now, let me remind you how I wasn’t too keen on spending the evening out. So as the barbecue finished and I started to get quite cold I’d had enough. I wanted to go back to the caravan and get cosy for the night. (I love an adventure but I’m a homegirl at the end of the day!) I was happy the barbecue was done and I needed a wee. There’s public toilets a short 5 min walk up from the beach, but as it was on the way to the car I thought it made sense to head home.

However, Brad was very sure that I should go to the toilet and come back to the beach. I couldn’t understand it! He was saying, “but what about sunset” and I was saying “you can’t see the sunset from here!” I mean it didn’t make a lot of sense to me. I’m sure many would have panicked that their plan was ruined, but Brad’s not like that. He kept calm and kept trying to talk me round.

When I realised Brad was extremely keen to watch the sunset I suggested we make a run for it! I’d done it before with my bestie. You have to go from Studland beach in your car to the car park near the ferry-crossing over to Poole. From there you can see the sunset over Poole harbour, behind Brownsea Island – it’s pretty spectacular! We checked the sunset times and realised we only just had enough time. So we grabbed everything and did a mad dash to head to the toilets and then the car.

Brad whizzed us along to the car park. While he parked I started heading to the spot I’d watched the sunset from before. But when Brad caught up with me he saw that at the spot I’d chosen there were loads of people about. Knowing I’d told him that under no circumstances could he propose with an audience he quickly sought out another spot for us to sit!

Eventually, we settled on a little sand dune. And we watched the most incredible sunset light up the evening sky – just in time! All I kept saying was how it had been the most perfect day ever. I love chasing the sunset, there’s something incredibly special about trying to catch it at the last minute!

You know, as I recall this I wonder how on earth I didn’t pick up on anything being odd. But honestly I wasn’t expecting it that week at all. I’d known for a while Brad was going to propose which had made me really on edge, noticing everything slightly odd Brad did, always thinking it would be that day. But this day I hadn’t thought it at all, he got me good!

Brad walked me up to the top of the sand dune, I remember watching a huge euro ferry come into Poole harbour. I’m pretty sure it blew its horn or something! I was busy watching that when I turned around and there was Brad down on one knee with a ring box!

I mean I’d love to say how I reacted ever so gracefully, with a smile and a ‘oooo’ or a little squeal. You know, something fun and playful. But in reality, I went into a flapping speechless mess! My arms were everywhere, my words didn’t know where they’d gone, and the tears came quickly as I began to shake! Oh, he proper got me! I have no idea what he said (he tells me he kept it simple)! And at some point, he realised it was a yes and managed to get me to try the ring on.

The ring of my dreams

And oh the ring! As every girl should I’d had a look at a few rings myself! I’d seen this one and fallen in love. It had a series of small diamonds nestled between beautifully crafted leaves. And now there it was: MY RING! Somehow he’d found the ONE I had in my head without knowing it! And yes, he had bought 3, but the one he finally chose to use for the proposal was the one of my dreams! I still love it so much!

It was genuinely the best day ever, I enjoyed every minute!

Exactly a year and one day later we launched Keeley Wedding Films, so tomorrow is a year since our launch! It feels like such a celebration this week! I am so proud of the adventure-full two years we’ve had since we got engaged. And I’m super proud of how far we have come in our business!

Thank you for being part of our story. We count it such a privilege to be on this journey. We are grateful to each of our couples who trust us with their stories, and all our lovely friends in the industry! Here’s to an amazing year two (hopefully with a few more weddings – thanks global pandemic!)!